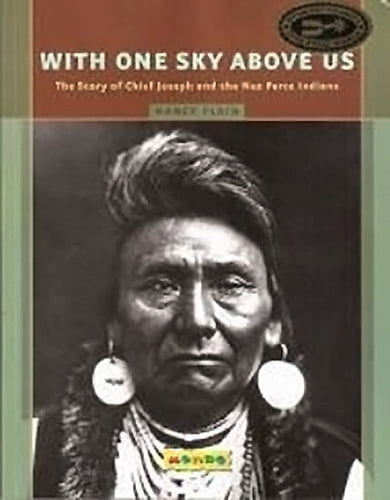 With One Sky Above Us

The Story of Chief Joseph and the Nez Perce Indians

CHIEF JOSEPH’S BAND of Nez Perce Indians lived in Oregon’s green and beautiful Wallowa Valley. His people loved their ancient home; they were grateful for their land and everything that lived on it. As one Nez Perce warrior said, “I belong to the land out of which I came. The earth is my mother.” But when whites began to settle in Nez Perce country, Joseph knew that his homeland and the ways of his tribe were in danger. He vowed to his dying father that he would guard his “beautiful valley of winding waters” with his life. Learn how Chief Joseph led his people in their heroic fight for freedom. And find out if he kept the sacred promise he had made to his father and to the Nez Perce families he’d sworn to protect.

Awards for One Sky Above Us